I've seen some posts labeled "Blog 365" that chronicle the daily life of a blogger and, while I am intrigued by the idea, I know that I'm way too lazy busy to commit so I am going to commit to a Sunday "wrap up" post that will (hopefully) have some pictures and comments about what my family's week was like.
This one will include a couple weeks worth of pictures since we're already half way through the month of January. First up, Muffin boxing with Wii. 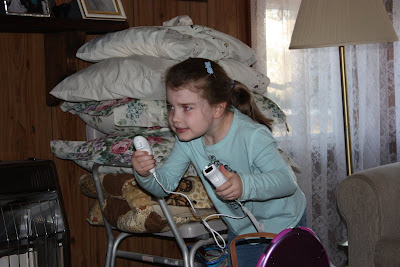 We were at my grandfather's house on New Years Day and my cousins had brought their Wii. Muffin had never before played a video game (aside from webkins related stuff) and took it very seriously. We had a blast.
Next, a picture of a drawing Muffin did on our little chalk board by the front door. 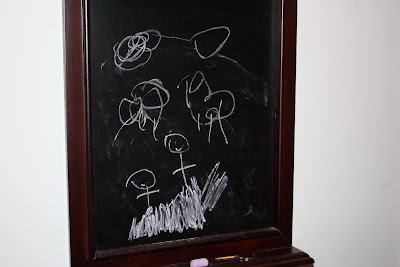 We had endured a week of rain and she drew the two of us with a rain cloud over head and grass growing at our feet. It's little things like this that make my heart want to just burst out of my chest.
Now, some pictures of Muffin at the local Children's Museum last weekend. Talk about a great place to take your stir crazy young-un. We played for a while, ate a picnic lunch, then played some more. She slept so so well that night! 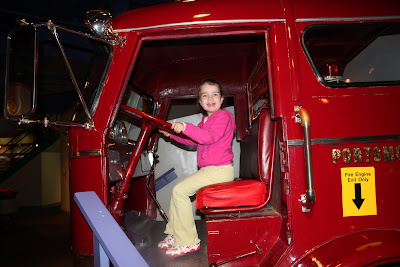 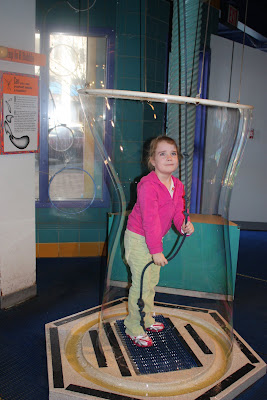 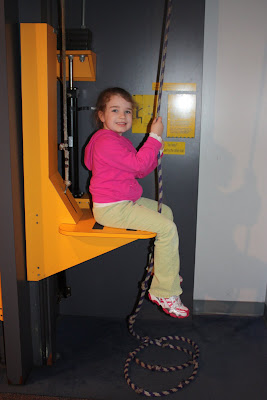 I've included some pictures of our lunch on the waterfront as well. While eating lunch, Muffin remarked that it would be very cool to take a boat ride. I told her about the boat rides on the Elizabeth River offered by the VAB Aquarium and asked what sort of animals she thought we might see. "Elephants" she responded. Well, that would be a surprise wouldn't it! 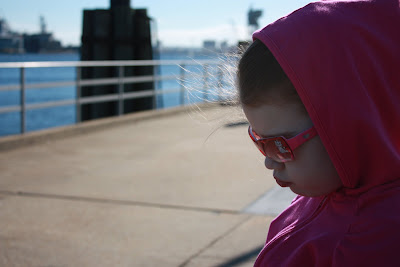 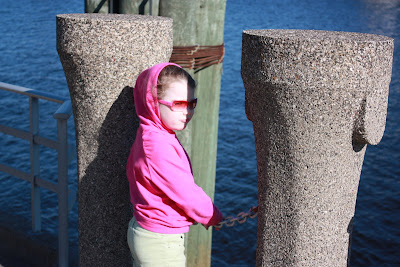 Next up, a sleepy sleepy Muffin. She was not a big fan of waking up 1 1/2 hours earlier so Mama could ride the bus. (Mama wasn't really a big fan of that either to tell the truth) I had asked her to put on her clothes and make her bed but when I came downstairs I found this: 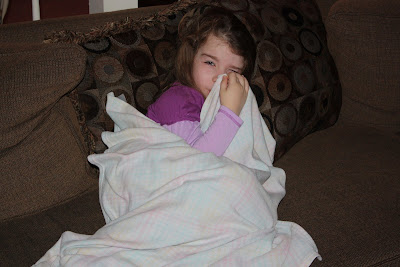 A sleepy little girl still in her pajamas. After saying "serenity now" a few times I took a picture and helped her into her clothes. Riding the bus has been fun and relaxing, I hope we can both adjust to the schedule change in short order.
Finally some pictures taken yesterday afternoon. It was freezing cold outside and we stayed in all day. Muffin was playing with a Disney Princess Magnetic Doll set that she received for Christmas and decided to include her little ponies in the scene. 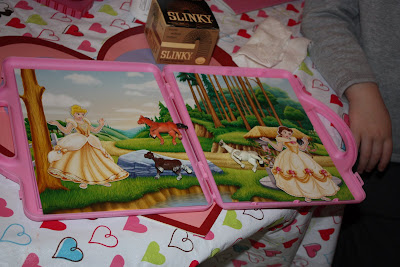 Call me crazy, but I think the fact that she knew to place the 3-D ponies on their side so that they look, from the top, as though they are part of the 2-D picture is pretty awesome. What does that show, a sense of perspective? Depth? I'm not an artist but I am a Mom and I think it's pretty cool. 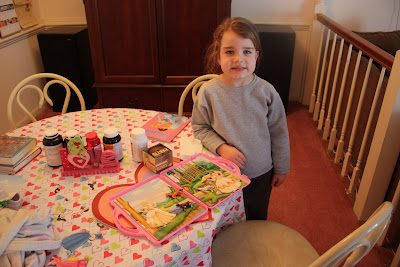 This picture was taken not long after her nap. She wandered downstairs with that dazed half awake look on her face and I decided to say "boo!" She jumped and glared at me saying that I hadn't scared her, I had surprised her. She wasn't in the mood to laugh it off either, saying: "Mama, when I wake up from my nap I'm not feeling happy, I'm feeling frustrated." Well, OK then. No more "surprises" after nap time.
That's a wrap! The first Sunday Scrapbook edition. Hopefully this will help me keep track of the little day-to-day things that make raising a little girl so heartwarming and fun.
Now, onto the obligatory Sawyer shot: 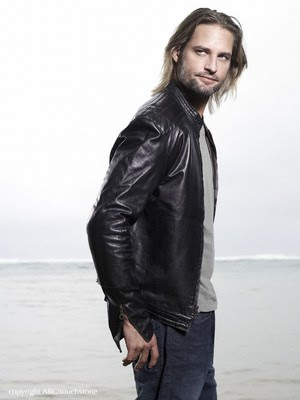 Whoo Hoo! I've set my DVR and I'm ready to roll!
Posted by calicobebop at 7:47 AM

She looks so INTENSE when she plays the Wii.

We love the aquarium you went to. We've only been once, about five years ago, but it was definitely one of the best we've ever been to.

I love her serious Wii face and the sleepy picture is adorable too!

I laughed when I read that bit about feeling frustrated when waking up... so true!!

awe I love this...and the picture on the pier...is GORGEOUS...

and Wii is SERIOUS fun, love it. I think I will save up some money to get one for my family!