Lost Wrap Up and Lols

Oh you thought you could escape them! But, alas - I must entertain myself at work some way or another. Here is my summary of Thursday night's premier...

Daniel looks confused (an expression that seems to come naturally to him) and attempts to explain the time-jumping situation affecting the island. He also manages to get Desmond to "remember" something that will hopefully help them out in the future. 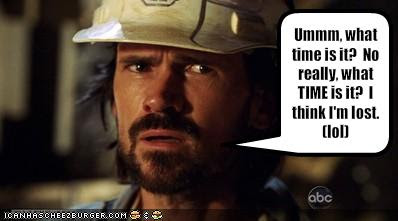 Sawyer and Juliette contemplate the fates of their friends as well as their own future... Oh, and Frogurt gets shot with a flaming arrow. Nasty way to go if you ask me... 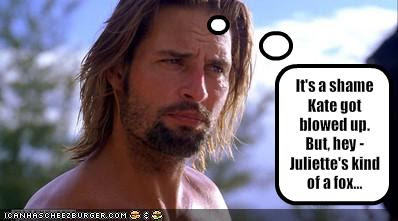 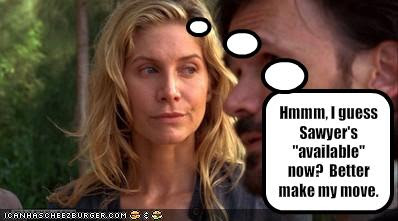 Meanwhile, Locke (lost elsewhere on the island) tries to convince Ethan that Ben had handed over the reigns of leadership... rather unsuccessfully. He also encounters Richard the Other and gets a compass that will supposedly help him out down the line. 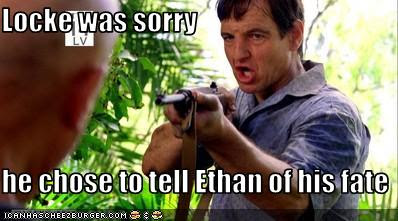 Hurley has one crazy adventure after another and gets a visit from Anna Lucia who tells him that "Libby says hi." Aww, I miss Libby. 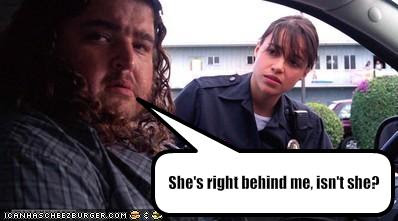 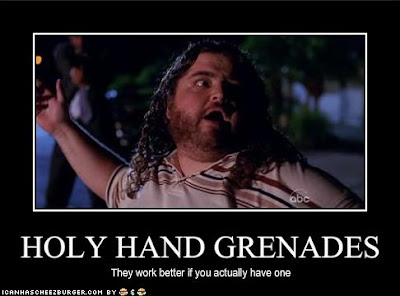 And Sun meets up with Kate in order to lay a massive guilt trip upon her... 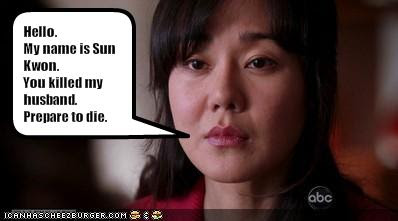 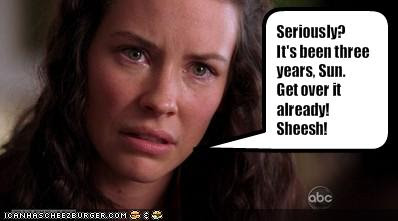 There weren't any amusing photos of Jack, Ben or Sayid - sorry! Suffice it to say, Ben convinces Jack of the urgency of their mission.

Also, Sayid gets hit with a tranquilizer dart which leaves him incapacitated for the majority of the show. Ben touches base with some strangers who seem to have a vast operation in place to facilitate Ben's mission to get back to the island. Oh yeah, and remember that white haired lady who convinced Desmond he couldn't stay with Penny? She makes an appearance too! So do Des and Penny, but they're just going to Oxford so nothing spectacular there.

Posted by calicobebop at 7:46 AM

love your recap and screen shots...thanks

that hand grenade one was great! although, I am the Last American who hasn't seen Lost, sad to say. In fact, I caught my first episode of the The Sopranos, just a few weeks ago....you know, several years after the show ended...I am NOTHING if not current, hehe.

okay, i seriously need to start watching this show. i am feeling totally left out.