Des and Penny had a baby! And they named him Charlie! Awww, how precious. Des tried to find Daniel's Mom and found his ex-girlfriend instead. Yikes, she's a basket case! After a brief trip to see Penny's dad, Des returned to Penny fully expecting to give up the quest, but Penny would have none of it. So they're off to LA! Steer clear of Ben while you're over there, mkai? Thx! 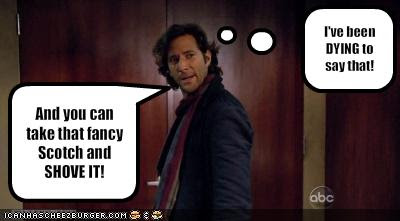 Meanwhile, back on the island... 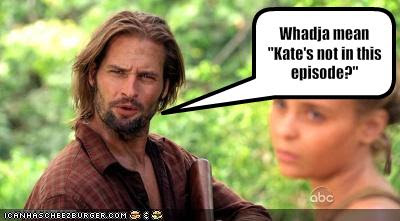 Our intrepid heroes meet up with the bow and arrow/gun wielding Others and are taken back to their camp. Daniel convinces Richard that he can diffuse the H-bomb while Charlotte and Miles cool their heels. 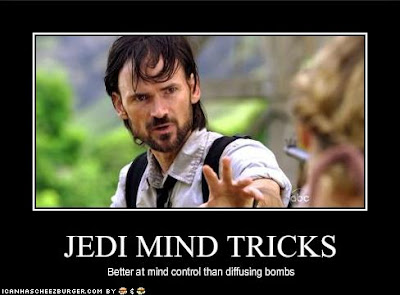 Juliette, Sawyer and Locke track their runaway hostage back to the Other Camp where they split ways. Locke decides he wants to "finish his conversation with Richard" while Juliette and Sawyer try to rescue Daniel. 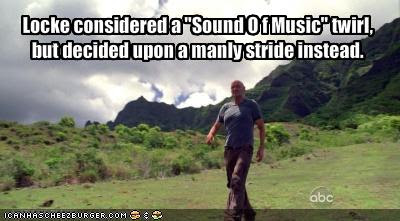 At the Camp Others, Locke asks to be taken to Richard and "Mr. Jones" (his escaped hostage) is adamant that Locke can not be trusted. That's when Richard drops the bomb and calls the fellow "Widmore!" Locke is as surprised as I am! When Mr. Widmore said that this fight goes back a long time, he wasn't lying! 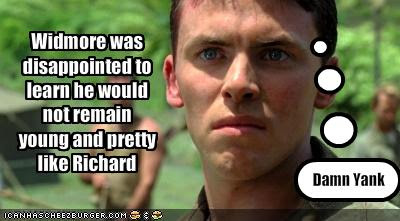 After that confrontation Locke tries to convince Richard to show him how to get off the island. Oh, and he also tells Richard that he will appoint Locke to be their leader in the future. Richard is unconvinced and unimpressed. The "time flash" happens again before Locke can get his answer. 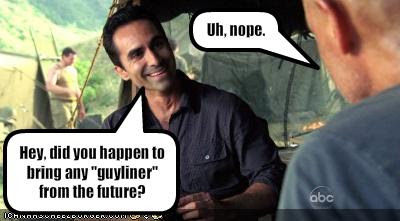 After the "time flash" the six castaways are left standing in a field when suddenly Charlotte starts spazzing out. 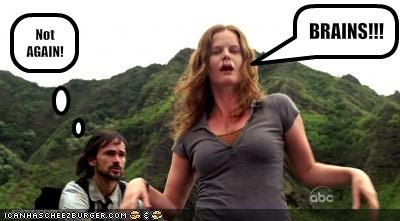 The episode ends with Daniel clutching her to his chest as she (presumably) slips into a coma.
Posted by calicobebop at 6:21 AM