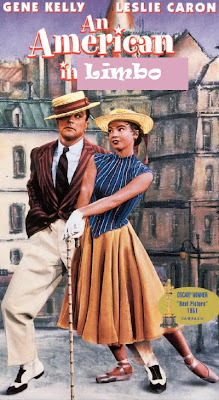 I was in TAP (Transition Assistance Program) class this week. It's a week long course intended to ease the transition of military personnel from the hell on earth challenging lifestyle they have known for the past 4+ years to something a little less stressful. In theory.

I'm taking this class because EVERYONE told me that I need to. I was told that it provides lots of good interview techniques and resume templates. That the class would help me determine which method of job hunting is right for me. That it would miraculously unveil the secrets to a successful job fair outing. To those people I say "bullshit excuse me?"

In my opinion, this class is clearly intended to gather up the disgruntled service people who are not leaving the service via retirement and allow them an opportunity to vent about how spectacularly awful USS Last Ship was. Or, perhaps they want to explain how Senior Chief Bozo liked to single them out and humiliate them. There are many variations on the same theme and they all equal "disgruntled."

I thought to myself "Golly, did you guys even GO to boot camp?" I mean, I could tell from the commercials that Navy life did not consist of lolling about eating bon bons! OCS (Officer Candidates School) cured me of any other delusions that may have still been fluttering around my brain and my first ship pretty much crushed my soul. But I expected that!

I knew that it was going to be tough. I knew it was going to be a life-sucking way to earn a living. However, I also knew that the potential rewards far outweighed the drawbacks. Perhaps I would have felt differently if I had been in the enlisted ranks rather than an officer corps, but I'm not sure.

To sum up: This class is not what I thought it was going to be but I took from it what I could. I have some serious decisions to make in the near future. My future is a blank slate and that's scary. I'm grateful for the former service members who take time to guide those of us getting out. Everybody's story is different. I've learned from mine, I hope my fellow shipmates have learned as well. Good luck in the big dance, ya'll!
Posted by calicobebop at 7:52 AM

blank slate??? wow...that is scary but exciting all at the same time!

Wow, I'm glad you could find some things to take away from the class. Sounds like you've had quite a life journey already - hope the next path is equally rewarding!

I wanted to let you know...I've closed off my blog...if you want to be invited to read just email me and I'll invite you. lauraboan@gmail.com

i totally know what you mean with the disgruntled. how miserable! way to call bullshit on them.

you will do great in whatever it is you end up doing. because you're smart, strong and sooooo good lookin'.