Oh Wait! Did I mention drama?

Speaking of...
Survivor. ANTM.
Ahhhhh, where to begin. Where. To. Begin. 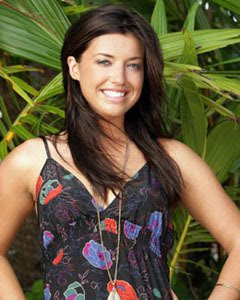 I'm going with Survivor. It was dramatic and full of "re-lived" moments of drama which heightened the overall experience of the final Tribal Council. There was love, there was hate, there was bitterness and there was a dropped ball. Yes Amanda, you dropped it. To quote JP, it was your game to lose and you did it. I think it can be chalked up to the fact that you were less of a fierce competitor - but Eliza kinda summed it up: You went around with a vacant expression on your face. How can the jury (aside from the men in love with you) justify a vote for you!
Parv, Parv, Parv... You beat me. I didn't think that flirt thing would take you to the end. However you translated "flirt" into "strategy" and it worked for you so hats off. Hats Off! You deserve it! You went into the final TC with an entire jury against you - and you turned it around. Obviously, you're the better player and I'm glad you wound up with the payoff.
And now... WHITNEY!!!!!!!!!!!!!!!!!!!!!!!!!!!!!!!!!!!!!!! 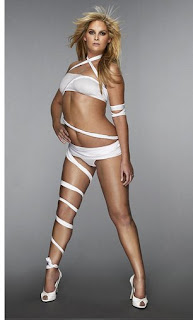 Oh My Gawd, Whitney! For real - did any of you think she was going to be ANTM? Hellz No! Want to know why? Because she was out-modeled (is that a term?) every step of the way by better girls. Girls that I knew should stay but privately rejoiced when they exited. I wanted it to be Whitney. She's large and in charge. She's bouncy and bootie-ful. She's America's Next Top Model. And, though I'm convinced it's fixed, I'm happy. They rigged it so a "full figured" model could win. And she represents me. (Even though I'm not blond and my boobs aren't nearly so bouncy)
A week of drama and I've yet to watch Lost! Good Night!
Posted by calicobebop at 9:29 PM

i didn't watch the survivor finale, but it sounds like a good one. and re: ANTM? while i'm sure it is rigged, it's nice to have a "plus size" girl win. (what is she, a size 6?!)

i recorded Lost and Grey's last night - we usually watch them on Friday nights. can't WAIT to watch Lost!

I'm not going to spoil it for you but I am going to mention one very disappointing fact - the next episode of Lost is TWO WEEKS AWAY! But, it's the two hour season finale. So, I guess it's a trade off.

Damn, I need a hobby.