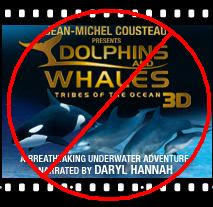 It's raining. It's been raining forever for a few days and that rather limits the options with young children. I've found that my own small child will go crazy after about three hours of being cooped up indoors. This morning we got out, went to WW (only down .4 pounds! I knew the make-up was a mistake!) and did some totally unnecessary shopping but at least Muffin could walk around and expend a little energy.

Aside: We went to Target with the intention of purchasing the magical anti-aging cream suggested by Mrs. Farklepants. They were out!!!! Everyone in VAB must read her blog! Damn! To console myself, I bought a new shower head and some sports bras. Life in the fast lane indeed.
Knowing that the rain would continue all day I wracked my brain for something to do after nap time. More unnecessary shopping would likely cause my wallet to hemorrhage so I checked around the web to see if the local "educational/artsy" spots were offering anything interesting. As a matter of fact, the Aquarium was showing "Dolphins and Whales" in their IMAX theater. In 3-D! I thought: SCORE! Muffin loves the Aquarium and she loves dolphins and whales. The fact that it was in 3-D was a bonus! Showtime at 3:15pm - we're there!
We were there 30 min early because I'm a freak about arriving on time I knew there would be a line. We got tickets, 3-D glasses and climbed the steep stairs inside the theater to find a good seat. In truth, this was the first time Muffin and I had gone to the movies. I never attempted it before because she has the attention span of a gnat. However, I felt that combination of wildlife and 3-D would keep her in her seat. Wrong!
We were instructed to put on our special specs and the lights dimmed. I held her hand (she was already holding the trusty blankie I'd had the foresight to bring). The credits rolled and Muffin shrieked at the top of lungs! Quickly, I snatched the glasses off her face and held her close.
"The words hurt my feelings!" she cried.
"Poor darling, don't worry - look there's some whales!"
"Noooooooooooooooooooooooooooo" (in a not very quiet voice)
Not being a fan of child torture, I scooped her up and we exited promptly. I'm sure the rest of the viewers exhaled a huge sigh of relief.
On the way to car, while buckling her into her seat, and on the drive home she explained in a running rant how the words flying out of the screen hurt her feelings. The feelings in her eyes. Words shouldn't do that. Her feelings were really hurt. And she was a little scared too. But it was the words that did it. Words shouldn't fly out at people like that.
I apologized and tried to think of a way to distract her from the evil 3-D words. Lucky for me, there was a putt-putt course open in the drizzle. I swerved in, grabbed the still muttering Muffin and we played 18 holes of mini-golf. In the rain. Had a blast.
Lessons learned: No IMAX for young children. No 3-D for sensitive little girls. Putt-Putt rules.
Posted by calicobebop at 5:45 PM

That's funny. Ethan (3) says a lot of things hurt his feelings too. But Muffin's is a really good one. I would have had a hard time not laughing. Annnnnd....it is raining here today, so my two are watching Fox and the Hound currently. I do not heart rainy days.

Yes, I had to hide my face so the poor girl wouldn't see me laughing. She was so serious. And verbose.

Oh no! They were out of it at my Target too. I had to resort to RiteAid.

Calicobebop: I publish a business newsletter for IMAX theaters and filmmakers. May I have your permission to excerpt this post in my newsletter?

Please contact me ASAP through this Web page: www.LFexaminer.com/contac.htm.