Saturday Lost Wrap Up and Lols

Kate and Sun team up. Sun offers to watch Aaron while Kate tries to discover the identity of the person who wants to take Aaron away. Meanwhile, Sun is delivered a box of chocolates with a surprise inside - a gun! Also included where some pictures of our favorite bad boy - Ben. 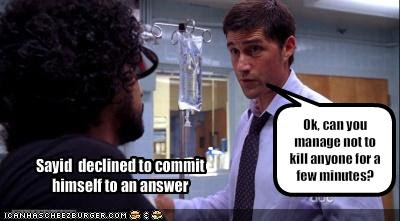 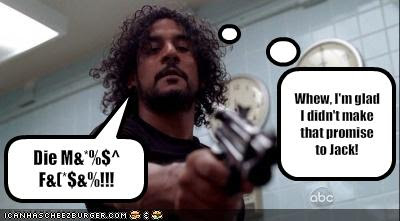 At the hospital, Sayid is attacked again and the culprit has an address for Kate! Jack phones her up and they agree to meet. Turns out she is stalking the lawyer dude in the hopes of tracking down the person behind the blood tests. They follow him to a hotel and find Claire's Mom! But, she's not after Aaron - she just wants her money from Oceanic. 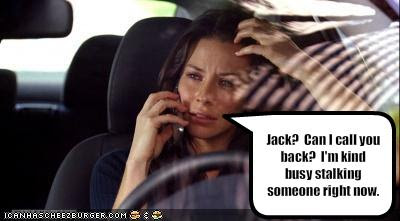 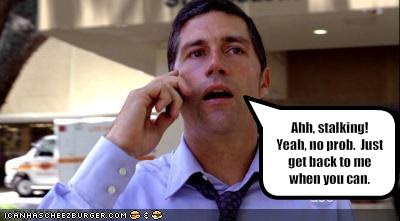 While Jack and Kate are trying to figure out who the lawyer is working for - the lawyer has a meeting with Ben! He tells Ben that it shouldn't be too hard to spring Hurley while Sayid looks on impassively. Then everybody meets down at the pier where Kate gets all huffy and self righteous and Ben tries to explain what they need to do. Sun, leaving Aaron in the backseat of her car, decides to break up the little party with a good old fashioned murder. She's out for Ben's blood! 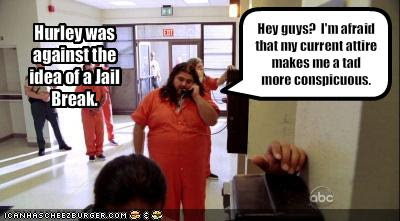 Meanwhile, back on the island... The castaways wander around during various time flashes while trying to get back to the Orchid Station. Sawyer comes across Kate during one of the time flashes and it totally ruins his day. After they finally make it to the beach they discover that it's been trashed and the culprits apparently left a canoe. So, they hop on board and make their way around the island. 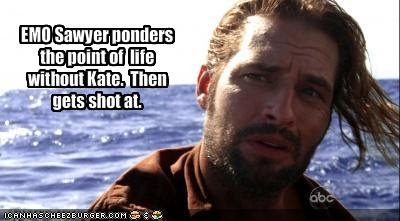 When they get SHOT AT! During the shoot out another time flash happens which leaves the castaways in a torrential downpour. Making their way to the shore they discover some wreckage of French origin. Anyone know where this is going? 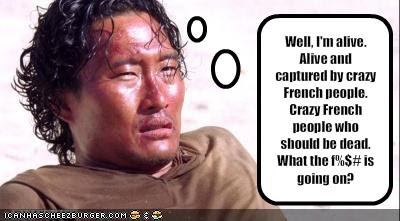 That's right! It's Rousseau's ship and guess what else the French survivors bring ashore? JIN! I'm surprised at how happy I was to see Jin - I guess I'm more connected to his character than I thought. Well, all of the castaways are experiencing nose bleeds now but Charlotte turned out ok so maybe it's not as horrific as it seems. One can only hope.

Next week Ben tells Sun that Jin is alive and (I assume) the Oceanic Six spring Hurley in time to make that 70 hour deadline the white haired lady was telling Ben about in the first episode. I'm also thinking that Des and Penny will show up since they're heading in the direction of LA on the hunt for Daniel's mom. I can't wait to see what happens!
Posted by calicobebop at 9:01 AM

it was CRAZY as always...all the linking the people showing up and yeah it was a GOOD one!