WTF Thursday - brought to you by my subconscious

Last night I watched the most recent episode of Lost as well as three episodes of True Blood. One might think that the combination would result in a lovely dream featuring this guy: 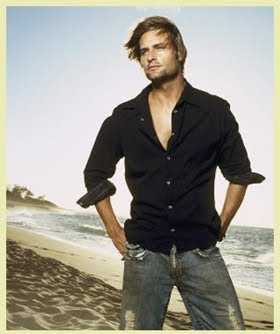 Or maybe even this guy: 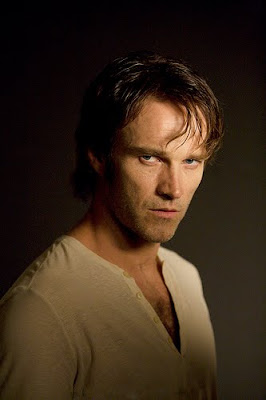 But, no. Instead, my dreams were so surreal and vivid that I felt like I was watching a mish-mash of the two programs together. Without the sexy bits.

There was an airplane crash – in Louisiana! And the survivors (me included) wound up in an underground vampire lair trying to escape the evil smoke monster (played by Dev Patel who is going to play Zuko in the upcoming movie The Last Airbender) through a blow-up waterpark slide.

And that was just the beginning. There was a bunch of chasing and lots of escaping and large quantities of being terrified. All in all, not the ideal fantasy.

I woke up several times through the night and each time I fell asleep again – it was to the same story. With no Sawyer, no Bill, nobody I would care to get to know in a fantastic dream sequence! Rose and Bernard were there. *yawn* Sookie was there *snore* but no cute guys! Not even her crazy-ass brother! I mean, can’t a girl catch a break? Even in her dreams?

At least I enjoy both shows in real life – even if I can’t enjoy them in my dreams.

Posted by calicobebop at 8:58 AM

I love both of those shows, so you'd THINK a dream combining them would be awesome... but that sounds kind of terrible!

Must have been something in the air last night b/c I had random and surreal dreams as well.

I admit, I've never seen either shows. But it makes me realize I'm pretty lucky that the shows I do watch don't incorperate themselves into my dreams. I mean, really, who wants to have Frank the Entertainer and Flavor Flav showing up in their dreams?! Ack. Although I wouldn't mind Dr. Drew making an appearance.