Ok, on the heels of my last post I am obliged to write that I am indeed attracted to living breathing men. Namely Sawyer. From Lost. Which is one of my favorite tv shows (right after Survivor and right before ANTM.) The new season starts TONIGHT! I'm beside myself with excitement. I might even stay up past my bedtime (9pm) to watch the first episode instead of trying to block out all forms of media until the weekend when I can watch it on TiVo.


So, here's my equally-unlikely-to-meet boyfriend Sawyer. Isn't he dreamy? 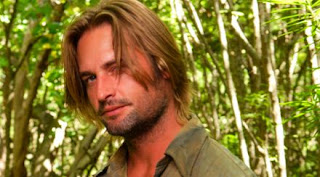 "Baby, I am tied to a tree in a
jungle of mystery"

I was looking through the google images of him and trying to find one that exactly captures the attraction I have for him. You see, he's the resident badass of the island and he has the ability to complete disarm you with a devilish smile. The picture above almost captures the look, but not quite. 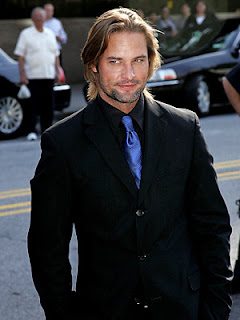 Granted, the smile isn't quite there - but you get the idea. I love that look. Also, I'm aware that this picture wasn't taken from the show but look at him in that tux! grrrr.


I came across many pictures that showed off his rock hard abs, but I didn't want to run the risk of melting my computer screen so I abstained. However, rest assured, if you need a fix you need only search on google or photobucket - there are plenty.


Along those lines, let me tell me about a Lost theory I have. Basically, I believe that the smoke monster, aka Smokey, is specifically attracted to Sawyer's shirt. Therefore, he would be doing the island folks a favor if he completely did away with his entire shirt wardrobe. Yes, I recognize that there are some holes in this theory - but I choose to ignore them. It's my fantasy so I write the rules!

Well, I hope that puts your mind to rest concerning my possible mental health. Yes, I like real live boys - but only if I can't possibly meet them. :)

**edit**
All this talk about Sawyer made me run to youtube for a fix. Here's a video of some of his best moments - enjoy!

Posted by calicobebop at 3:48 PM

thanks for commenting on my blog...and YES Sawyer is the dirty sexy, gotta love him. Those dimples, that chest...YOWZA!