A title inspired by some recent happy news. It's a good thing.

Anyway, here are some Random Musings for Thursday:

1. Saw Harry Potter and The Half Blood Prince yesterday. I liked it. I know it's not action filled, but I still liked it. Perhaps I'm just blind to all things HP, but in my defense, I haven't read the book since it was published so the movie was still entertaining. Also, is it me or is Draco turning into a little hottie? Sacrilege? You betcha! 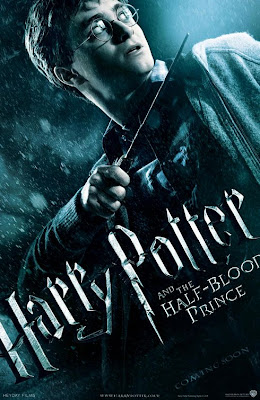 2. My Mom is Awesome. She sent me the aforementioned book as well as the previous one in the series while I was on two different deployments. She always packed the best care packages. I would receive one, run to my state room and relish every item. From socks to rice cakes to fancy smelling bath accessories to Harry Potter books. She always surprised me with things that I didn't even know I wanted. Love you Mama!!

3. Speaking of HP... watching the movie and reading the books reminds me painfully of my own Hermione Granger tendencies. Oh, I was nothing like that in grades 1-12 or even in my first attempt at my undergraduate degree. However. When I went back to college for my second attempt at a bachelor's degree? I was hopelessly addicted to getting the right answer and showing the professors how much I was paying attention and doing the work. If you have ever seen the movie where Ms. Granger is all "Ooo,Ooo!" while raising her hand? Yeah, that was me. Circa, 2000. I'm a dork. 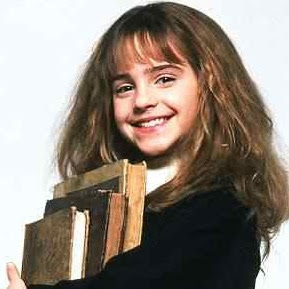 4. Speaking of my undergraduate degree... it took me nine years to complete. Nine. Freaking. Years. Such a ridiculous time period prompted my shipmates on USS First Ship to nick-name me "Doc." Because they felt that after all that time I should have a stinking doctorate. Now, honestly - doesn't a doctorate take a little longer than nine years? Hmph. They should have called me "Master" for a graduate degree instead. In fact, I kind of like that term... Master. Hmmm... awesome.

5. Along that particular thought train... I believe that I might, just might, use the word Awesome too much. It seems to be a word that I use in nearly every post or comment. In my defense - I have, at least, graduated from my preferred term "Word" which I used throughout high school and even college. I like to be succinct in my terms of appreciation. In the late 80's and early 90's "word" was an easy way to do just that. Then, during the grunge era, I upgraded to "awesome." Now, I'm just woefully out of touch with the times.

6. Hmmm, did I mention that I love words? Love them. In fact, I think I could have been a philologist (ha! look that one up!). I love being able to use just the right combination of words to express what I am trying to communicate. It literally pains me to see how our society is bastardizing their word choices and abbreviating even the smallest of contractions. Yes, I'm guilty of it too - but I vow to read to my daughter and instill in her the attraction of a diverse vocabulary. 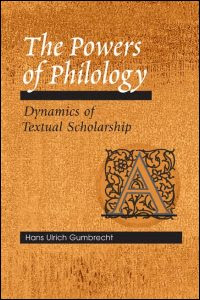 (Um, please note that the subtitle says "textual" not "sexual" - I had to clarify that point for myself. Seemed a little unclear. *cough*)

7. Not only do I love words for communication purposes, but I love them in book form. I love to read. Love, love, love books. I like reading "cozy" mysteries, sci-fi, fantasy, historical classics (not so much modern classics) the occasional smutty romance and anything I see at the library that has an interesting cover. Cover art is CRUCIAL! If it sucks, I automatically assume the book sucks too. Because I'm shallow that way.

8. My love of the written word also extends to audio books. I swear, if it hadn't been for audio books I don't know how I would have survived the last five years. An hour commute - each way! I managed to make my way through a few on the Top 100 Books list and am dubious as to their judging criteria. War and Peace? Hated it! Now, Mr. Darcy Takes A Wife (a book NOT included on the top 100) LOVED IT! Loved every steaming moment. whew! 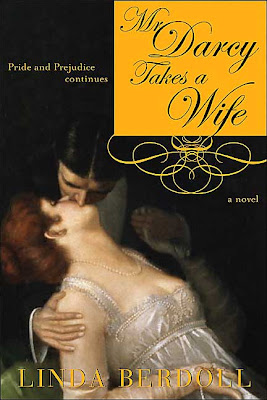 9. Now, that being said - if you happen to like sci-fi/fantasy with a whopping dose of smut? I suggest checking this lady out: Christine Feehan. She is very entertaining. Especially for those of us without a significant other. *ahem* 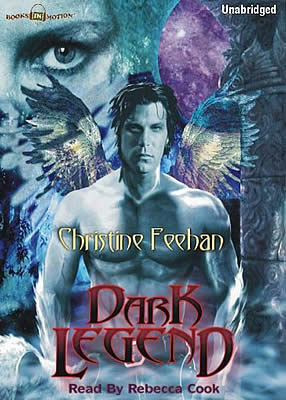 10. Finally... my movie tastes. They run toward the historical dramas (love the costumes!) sci-fi/fantasy (no, really?) mysteries and anime. My netflix queue currently sports a wide range of BBC mysteries and anime with a smattering of Japanese classics (Akira Kurosawa!) as well as a few American/English Classics (Alfred Hitchcock!). I love anything that is based on dialog. To me, a witty conversation is more entertaining than explosions. Also, I hate Will Ferrell. And anything like his work. There is a decided dearth of comedy in my queue. My brother claims that I am a comedy snob. Can I help it if my mind was set on Monty Python twenty years ago? I think not! 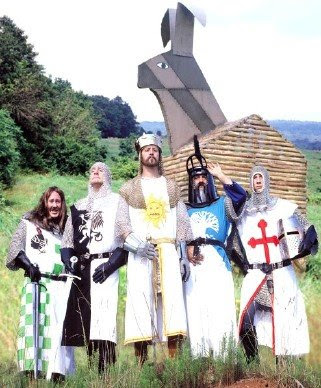 So. That's a little randomness about me. Hope it wasn't too off-putting! Please forgive my lack in comedy taste - it's in the same vein as my lack of horror taste. After seeing The Exorcist I have never felt the need to see another horror movie as long as I live.

The End!
Posted by calicobebop at 8:57 AM

I love words, too. You should read Ex Libris by Ann Fadiman. It's all about her love of words and books. It's one of my favorite reads.

You're perfectly nerdy, but that's just the way I like you. Wouldn't want you any other way! :)

I seem to be following hokgardner around this morning. :-)
But I love words too, and you really should read Ex Libris. Also, I used to teach on a military base for St. Leo University and I loved my military students. They really wanted to be in school and what a gift for a teacher-students who are serious about being students.
So congratulations on your success and I'll bet your shipmates were very proud of you. It's tough getting a degree when you are in the military-you get moved around so much.

I'll just have to see what makes that fellah on the cover of Dark Legend so legendary. Heh

Re The Exorcist, you took the words right off of my keyboard.

Have you ever read the Master and Commander books? I love 'em. Being that you're a Master wannabe, naval vet, and like historical fiction I was wondering.

I use "awesome" far too much as well, and I still love to use "Word," but I do so in a kind of humorous/ironic sort of way.
;-)

Glad you liked HP! I plan to see it next week. Oh, and I love Monty Python and smutty sci-fi, so I'll check out that author. Thx for the rec!

#5 made me laugh entirely too hard. Luckily, I've got my husband around to let me know when I'm starting to wear out a word or expression. I know, right? I blame that one on bloggers.

And it took my ex 7 years to graduate with a degree in radio & television. Which led him to a job making $8 and hour. Money well spent, right there.

Lovely post. I always enjoy finding things out about people.

I have a love of words too but am constantly worrying that I'm not doing them justice!

Quite the eclectic person you are, lady.

There are worse things in life than being like Hermione. You could be Neville. (Awww, poor, sweet Neville.)

Awesome and word- two words I bet I use daily. Along with seriously...yeah, I can wear a word to death.
have not seen HP but plan to, and I am a super reader dork too! Cover art? Crucial!! I agree- crappy cover = crappy novel in my opinion
Ummmm....forgot my train of thought but love the post and I think you're awesome.
Word.

I always use awesome so we can be awesome together!

I made the mistake of reading the book for the last HP movie right before I saw it. Big mistake..I won't do that again! Guess what movies I rented tonight? That's right all FIVE of the HP movies LOL I have them for five days as well! yeah, I'm a dork.

And, yes Christine Feehan is a freaky ho LOL