Do you watch The Mentalist? It's a relatively new show, came out in the fall I think, starring Simon Baker - the super cute writer/other man in The Devil Wears Prada. Anyway, I like it - it's a crime procedural with a quirky twist and I'm a sucker for those. 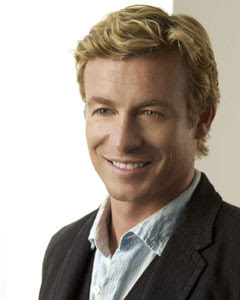 The charming Mr. Baker is joined by a great cast - one of which I have a super huge crush on. Presenting Mr. Tim Kang: 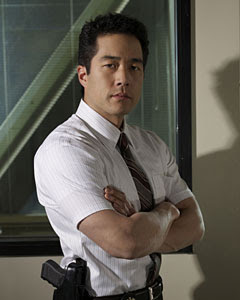 Otherwise known as Detective Kimball Cho. He often plays the straight man and does a lot of time in the interrogation room. I love his calm confidence, dry sense of humor and *ahem* his biceps.

He's been in several commercials and movies - including one coming out soon called Mr. Sadman. It's a dark comedy about a Sadam Hussien body double who comes to LA to get a fresh start

I wonder if you'll get some sort of kickback for promoting the show? :)

I love that show!

Although I always get pissed off when I see the Uverse commercial he's in because, I mean, come on, he's on the Mentalist, no need to do a gay ass commmercial! LOL

I haven't seen that show, but I have been wanting to you..and Cho? Yummmm well worth my tv viewing time. Thanks for letting us know.